Air Bearings: Positioning the Automation Industry for the Future

The automation industry boasts a rich history beginning with the first use of the term “automation” in 1948 by Delmar Harder, Vice President of Manufacturing for Ford Motor Company. With electricity, companies were able to utilize machines to automate tasks, creating an assembly line to boost production and minimize labor costs. The automation industry began to take off on its merit to produce robots and machines for the automotive industry and beyond.

Fast forward to the 1960s to see the introduction of computers and Programmable Logic Controllers (PLC’s), creating computer-driven automation. Continued advancements in microprocessors, open-source software, and high-speed computers led to major advances in the flexibility of controls systems, allowing for simple programming and optimization of modern robotic automation. Coupled with modern sensor technology, artificial intelligence (AI), and cloud-based communication, automation will become the rule as opposed to the exception even in small scale industrialization. This is the future with Industry 4.0.

Let’s take a closer look at how air bearings contributed to the success of the automation industry as well as how air bearings are uniquely positioned to handle the challenges of Industry 4.0.

Coincident with the growth of the automation industry is the history of precision. Early applications of automation required manual inspection for quality and accuracy, which were labor-intensive and inefficient. Advancements in the military and aerospace arenas also demanded increasing levels of precision of parts, which traditional bearings were unable to offer.

One solution to this problem was presented in the form of the first Coordinate Measuring Machine (CMM). The CMM made inspections more efficient, as well as providing a more accurate assessment. Russ Shelton, considered the father of CMMs, was the first to use porous media air bearings in a CMM because of their straighter, Frictionless Motion®️ providing exceptional precision and reliability.

Another solution was the use of air bearings to guide the ultra-precision diamond cutting of parts for missiles and aircraft. US National Labs led the way in the development of porous media air bearings as a method of removing friction to meet the precision requirements.

Critical to both of these advances was the removal of friction. While ideal, the usage of air bearings was limited. With no standard supplier available, companies needed to custom design their own which was often cost and time prohibitive.

In the early 1980s, New Way® Air Bearings predecessor, Aeolus Air Bearings, became the first standard air bearing supplier. Like Shelton and US National Labs, New Way recognized the advantages of porous media and proceeded to implement its Porous Media Technology™ across its entire product line. This unique method to remove friction offers a host of benefits for the automation industry, including:

Let’s look at five applications capitalizing on these benefits of air bearings in the automation industry.

Five Applications of Air Bearings within the Automation Industry


Air Bearings: Poised To Address the Future of the Automation Industry

With history as our guide, precision demands on the automation industry will continue to increase as new technologies are launched and integrated as part of Industry 4.0. New Way has the experience and range of products with a frictionless solution to meet your needs! Contact us today to learn how air bearings can position your production for the future of the automation industry! 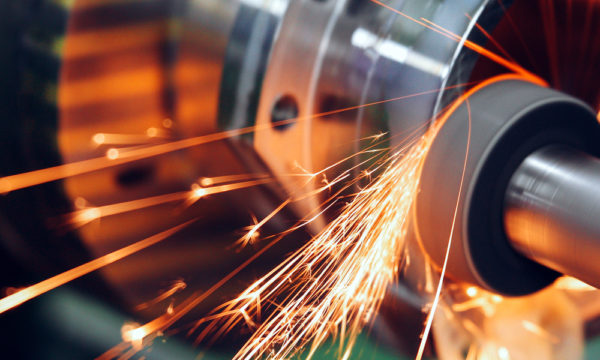 Machine Tools Get an Upgrade Thanks to Air Bearing Technology

How Air Bearings are Changing the Machine Tool Industry Machine tools have advanced production and standardized machinery components. Now, they’re about to get a revolutionary facelift of their own thanks to Porous Media Technology™ from New Way®. A Condensed History of Machine Tools Humans have used machine tools for centuries. Pottery wheels were used by ancient…