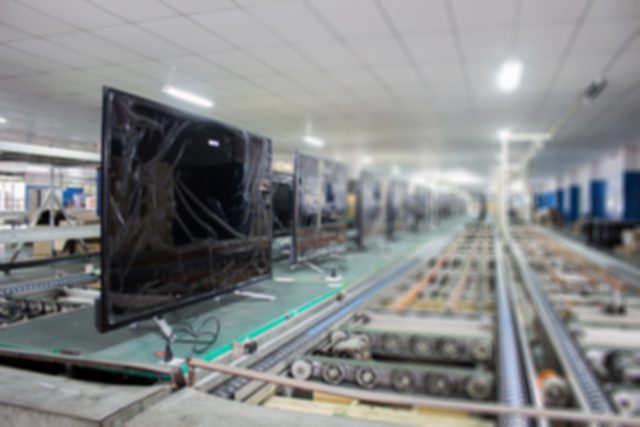 That year, they hired a talented young design engineer named Alan Kirkpatrick, and set him to work in Research & Development with Drew Devitt, the company’s founder and Chief Technology Officer.

With Devitt and Kirkpatrick leading the way, the company accelerated the development of technologies that would eventually result in the Air Bar, which revolutionized Flat Panel Display (FPD) manufacturing, and the Air Turn, now set to do the same for Roll-to-Roll (R2R) Web Handling.

“In those days, my role was to explore new and different applications for New Way technology,” Kirkpatrick reminisced.

“I worked with Drew to develop and commercialize the Air Bar product line. I was also involved with other novel applications, such as the Vacuum Chamber Stage, which uses both air pressure and vacuum to create a non-contact vacuum chamber for deposition and analysis.”

Outside-the-Box, Inside the Specifications

“What surprised me most during my tenure with New Way was just how versatile Porous Media TechnologyTM really is, and how innovative my engineering colleagues were,” Kirkpatrick said.

“We’re talking about porous carbon,” he continued. “It sounds simple. But believe me there’s a lot to it. I know because one of my jobs was to look at alternative bearing materials for various applications.”

Much of the sophistication is in controlling the flow of air through the porous media, so that the air pressure is distributed equally through the millions of sub-micron-sized holes in the bearing surface.

“It astounds me to this day just how creative our design engineers could be in solving for a non-standard set of customer parameters,” Kirkpatrick enthused. “Whatever the form, whatever the environment, New Way has the horses to make it work.”

A Solution Looking for a Problem

“The best part of my job with New Way was to anticipate future uses,” Kirkpatrick said. “We were innovating for things that weren’t necessarily a problem yet, but our technology ended up being a solution later on.”

Air Bars are a perfect example of such a scenario. It wasn’t until the FPD Fabs moved to larger glass generations that contact-related yield issues surfaced during conveying, processing, and inspection. And when that problem surfaced, New Way was ready with the solution.

Air Turns Are a Natural Progression

Air Turns are the next logical step forward from the transformative New Way Air Bar.

No Pain, No Gain

“Usually there has to be a pain point before a plant engineer will consider doing something different,” Kirkpatrick noted. “That point for today’s electronic devices is the expense of the production process itself. Scrap or repair issues are costly, whether they’re related to roller contact or contamination.”

Air Turns simply remove the issue. Imagine eliminating all of the places on a web where the film contacts rollers, turns, and tension bars; where it gets pulled in different directions; where it is mis-timed or misaligned; where particles are created and the web contaminated in passing.

“There are other ways, too, that they’ll improve your bottom line,” Kirkpatrick said. “Air Turns never wear out. Maintenance is minimal, and you’ll rarely have to replace them. So you won’t have to stop production to change them out.”

New Way offers a standard made-to-order line of Air Turns in the diameters of 100mm, 125mm, & 150mm. That said, the company is also quite adept at adapting the product concepts to meet the specific needs of its customers.

“Feel free to ask New Way for custom Air Turn applications, because that’s one of the company’s great skills,” Kirkpatrick offered. “They are very nimble and proficient at creating products that fit into current systems and existing machinery.”

New Way is fully-capable of creating such specialized products internally…and the turnaround is reasonable.

“There are always other solutions,” said Kirkpatrick, who left the company in 2008. “I’d just encourage you to have the conversation with New Way. They could help you discover something new and differentiating.”

Are You Ready to Roll?

If you’re ready for the custom air turn application conversation that Alan Kirkpatrick recommends above, contact us right away for your complimentary consultation! 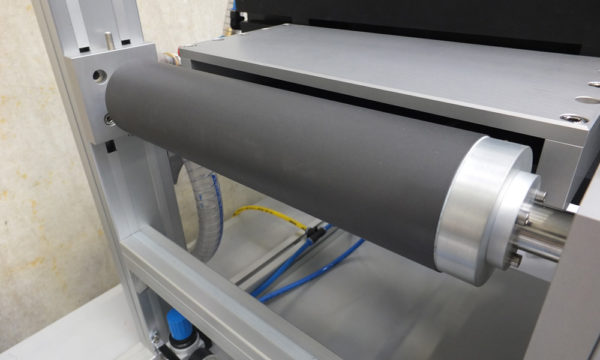 A New ‘Roll’ for Non-Contact Air Turns in the Converting Industry In the mid-2000s, New Way® Air Bearings launched a line of Porous MediaTM air bars that revolutionized glass handling for the Flat Panel Display (FPD) Industry. At the time, FPD engineers were desperately trying to reduce damage caused by contact during the processing and…