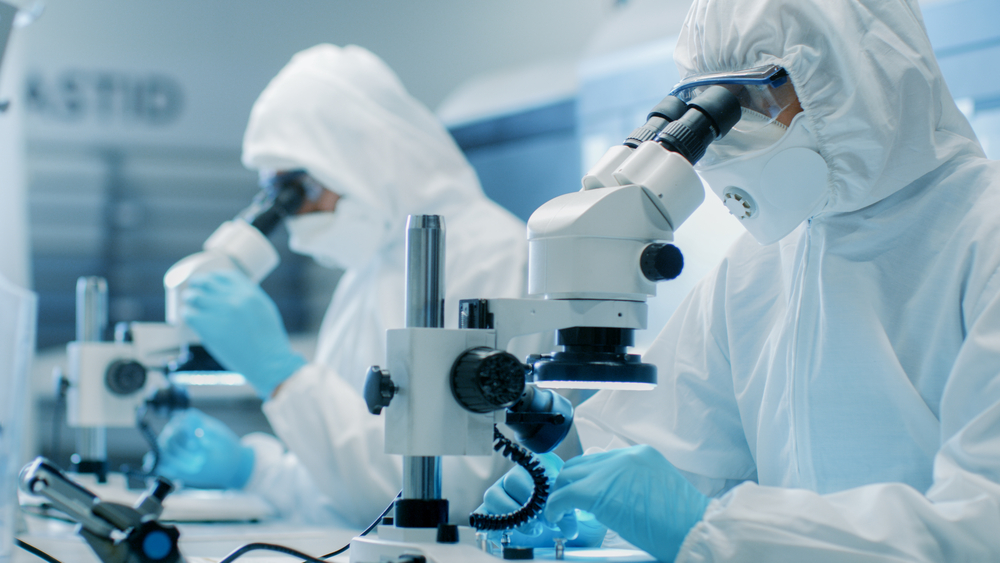 In our journey to expand our capabilities and the customers we’re able to serve, New Way Air Bearings ® recently undertook a test to determine whether our air bearing products meet ISO 14644-1 Class 3 for particulate generation, a vitally crucial standard for cleanroom dependent industries.

Per the standard as updated in 2015, ISO/TC209 14644-1, Airborne Particulate Cleanliness Classes range from Class 1 to Class 9. Class 3, which this test targeted, allows for a maximum of 1,000 0.1 micrometer-sized particles per cubic foot of air supplied to the cleanroom environment. This scale extends all the way to Class 1, representing a “true” cleanroom and permitting only ten 0.1 microns per m3 of air.

Why would New Way think to conduct this test in the first place, when companies often invest significant capital for the sole purpose of purifying air supplies and removing particulates from cleanroom environs? Thanks to the unique nature of the Porous Media Technology™ which underlies all of our air bearings, we’ve long understood that our products possess the beneficial side effect of purifying the air which comes out on the dynamic end of the bearing. The micron-level perforations in the carbon, normally responsible for producing the frictionless air film that New Way products are renowned for, also acts as a buffer against particulate infiltrations, and thus New Way began investigating a new avenue for our products. 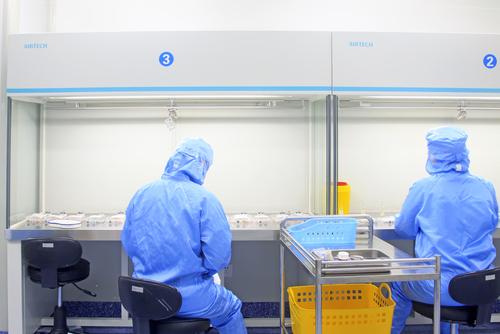 To carry out this test, New Way constructed an airtight test chamber made from glass and measures 12” x 6” x 8”, producing an internal volume of 0.333 cubic feet. The sampling system was powered by a Lasair II 110 from Particle Measuring Systems and which utilized a normalization feature, allowing the system to extrapolate readings to create measurements per cubic meter.

For the inlet flow, New Way used one a 250mm long Conveyor Air Bearing, now referred to as an Air Bar, mounted one inch from the bottom surface of the container and being fed by an air supply at 20 PSI and pre-filtered to remove particles down to 0.1 micrometers in scale.

In order to ensure that there were no particles already present on the interior of the testing surface, as can often occur and skew results, an ION Gun was used, before the chamber was purged to Class 1 cleanliness in preparation of the test.

The results of our in house testing not only affirmed our beliefs as to the purifying properties of air bearings in general but makes a compelling case for the adoption of this technology across any industry which necessitates a cleanroom environment. Figure 1-5 of our report lays out the results from our testing of a 250mm long Air Bar, during which the Lasair measuring system recorded only one (1) 0.1 micron-sized particle after results were normalized and extrapolated to a volume of one cubic meter. Furthermore, this single particle was the only foreign intrusion detected inside of our testing apparatus.

Another two tests using similar parameters were also carried out, except using a 750mm air bar instead of a 250mm air bar. Even with three times the volume of porous carbon and triple the airflow, only three (3) 0.1 micron-sized particles were detected.

Furthermore, the incredibly low levels of particulation found in our tests makes a compelling case for the use of air bearings products in environments as stringent as ISO Class 1, especially when considering that air bearings may take as long as six hours to supply a cubic meter of air and that a given cleanroom may exchange its air up to 10 times per minute.

The industry applications for cleanroom compatible air bearings are both wide-ranging and profound.

New Way products have already shown great promise for semiconductor manufacturing and wafer inspection stages, allowing chips to be moved repeatedly and accurately for inspection with no risk of overshoot or particle intrusion into a precision manufacturing process.

With this test under our belts, we see further applications in the fields of: 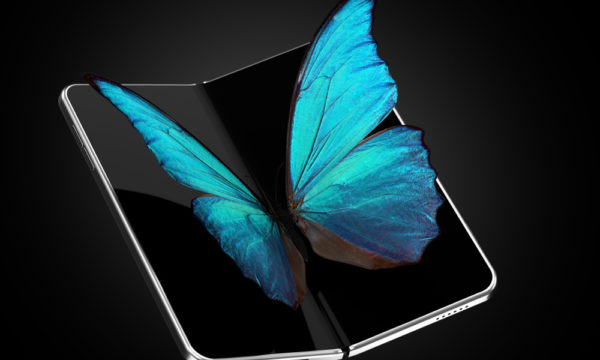 Flexible materials are considered to be one of five manufacturing innovations that will change the world. Once considered a futuristic concept, the proven demonstration of flexible hybrid electronics (FHE) has led to their demand across a wide range of industries: Automotive Medical Aerospace Defense Consumer Electronics FHE ideas are limitless, but the means to produce…