In June of 2015, disappointed with the vision and practicality of the California high-speed rail project, SpaceX CEO Elon Musk announced the SpaceX Hyperloop Pod Competition as an open-source approach to a truly ‘chasm-crossing’ terrestrial transportation concept.

The goal of the competition was to promote the development of functional prototypes and encourage innovation by providing a competitive forum for teams to design and build the best high-speed pod. This was the first competition of this kind anywhere worldwide.

As the design process began, the Drexel team realized in order to excel in the competition, they needed to overcome a few obstacles. Drawing on the work of Elon Musk’s original vision, the team explored the intriguing possibilities of leveraging air bearings to facilitate levitation for the POD.

Musk’s original concept for the Hyperloop consisted of a fleet of capsules traveling at high speeds between Los Angeles and San Francisco through a low-pressure tube. The capsules themselves would be supported on a cushion of air, created by internal pressurization and aerodynamic lift. The essential technology for the realization of that vision was the air bearing.

With that in mind, the Drexel Team reached out to New Way Air Bearings, the global market leader in porous media technology, less than 25 miles away in Aston, PA.

Engineers at New Way are passionate about finding new and innovative applications for their porous media air bearings and jumped at the opportunity to help the Drexel team.

Innovation Driven from the Alpha Document

The Hyperloop project’s guiding Alpha Document notes that air bearings, using the same basic principle as an air hockey table, have been demonstrated to work at speeds of Mach 1.1, with extremely low friction.

Like many other teams involved in the competition, Drexel set out to understand the value of air bearings in Musk’s vision. But they had the significant advantage of working directly with New Way. 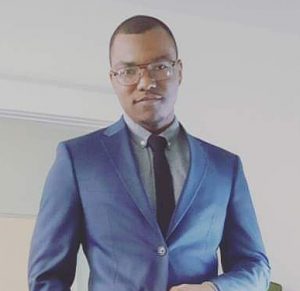 Raynard Hunter (pictured to the right), a Drexel University student and member of the Hyperloop team, explained why the team looked to New Way for help, “We looked at Elon Musk’s research about utilizing air bearings and pneumatics to levitate. Then we did our own research about air bearings and learned about the variety of applications where they provide an effective solution for different processes. We knew New Way, being the leader in air bearings, could help us.”

Working with New Way’s engineers, the team was able to customize air bearing designs in order to work towards solving their problem of ride height on the track. The team needed something that would maintain stiffness, as well as ride height, at speeds close to 200 mph.

“Without New Way, we would have struggled more to get the proper levitation. They know air bearings the best and were able to customize designs for our specific application and process,” Hunter said.

As with the development of most prototypes, it’s trial and error. So it goes with Drexel University’s Hyperloop POD development process. Although their design was not ready for the initial competition in July 2017, the team is still working on the prototype.

“Many of our team members were seniors. They graduated and dispersed so now we will be actively recruiting for the team,” Raynard said.

According to Hunter, the SpaceX Hyperloop POD Competition will be an ongoing event. The Drexel team is excited to continue to refine their prototype and compete in the next round of the event.

Hunter says the progress they made wouldn’t have happened nearly as efficiently without New Way’s help.

“The air bearing is a fascinating component. It’s so small yet able to be highly-effective in a variety of applications and processes including huge assemblies carrying thousands of pounds of weight riding on air with zero friction. It fascinates me.”

But that’s not all New Way has taught Hunter. In April 2017, he and two other Drexel University engineering students began their six-month co-op placement as part of New Way’s ongoing intern program.

According to Hunter, working at New Way has refined his engineering background and enhanced how he approaches problems.

“It’s a great place to learn the skills and techniques for making parts and designing products, Hunter said, eventually I hope to be able to work on the manual machines to prototype new products and assemblies.”

Need a chasm-crossing concept for your terrestrial application? We can help!

If your application is a little more down-to-earth, download our ‘What Porous Media Air Bearings Can Do For You’ Infographic. This simple, visual tool provides a clear, concise rationale for air bearing consideration in your next application. Or, if you have a more-immediate need, loop us in today for your complimentary consultation! 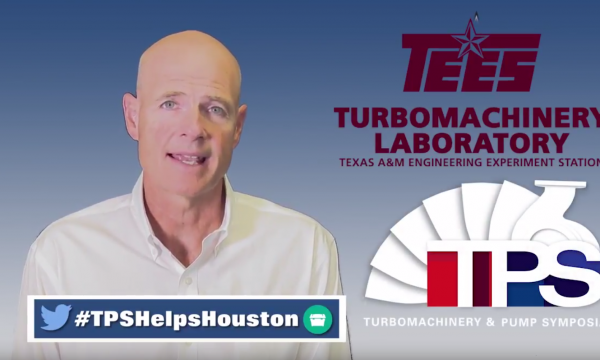 HOUSTON, Texas— Hurricane Harvey may have delayed the annual Houston Turbomachinery & Pump Symposia (TPS) for three months, but event exhibitors are springing in to action now.