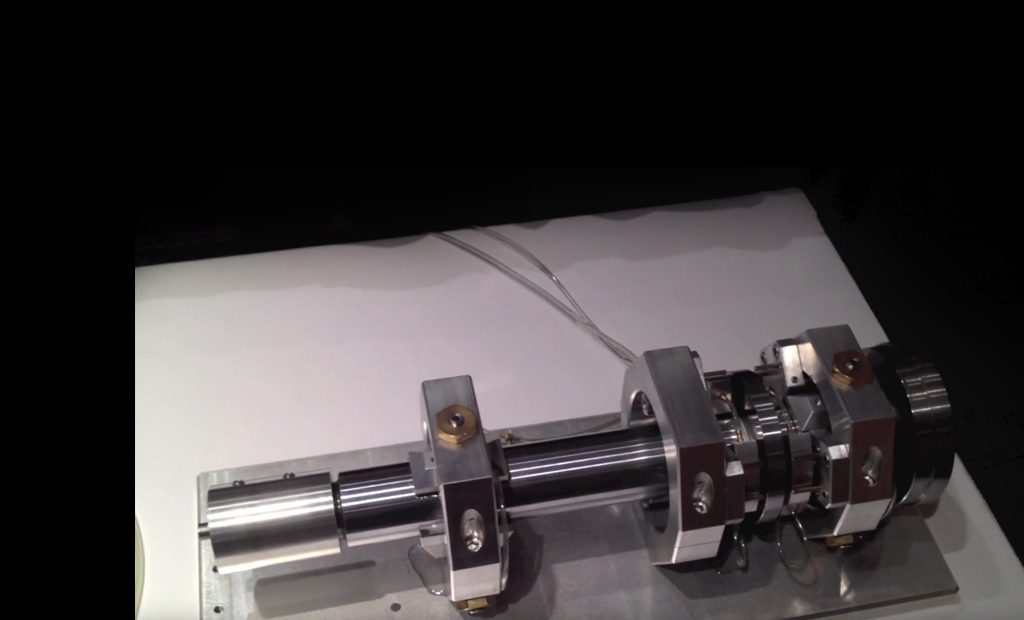 Welcome to the April 4, 2013 edition of Drew’s Views. This is the third and final video post filmed during independent testing in the Machine Dynamics Lab at Penn State University. This time, Drew details how to measure the precision of a spindle using Axis of Rotation Metrology techniques…and shows why air bearing spindles are more precise. Again, Dr. Eric Marsh was kind enough to allow Drew to film the proceedings. To see the video, just click ‘Read More’ and then ‘Play.’

Testing was conducted on a large, custom New Way Air Spindle using a capacitance probe with nanometer resolution and a very accurate ball – round to two millionths of an inch (0.000002”) – attached to a test artifact atop the spindle. This test artifact is centered imperfectly on the axis of rotation. The resulting eccentricity will be eliminated by the software.

The same is not true for a rolling element spindle. This is due to the multiple elements that make up such a spindle. A rolling-element spindle will consist of: An outside race, which will be pressed into a bore, and probably won’t be perfect; contact balls, which probably won’t all be exactly the same size; and an inner race that will not be perfect.

The inner race will precess at a different speed from the balls. And because of this, all the little errors will look like they are random. Actually, they are deterministic. But all of these little errors result in what looks like a cloud around the rotation.

So a rolling-element spindle may have error motions on the order of twenty millionths of an inch (0.00002”)

The only way one can divine something like that out, however, is with a very high-resolution, non-contact probe and a very accurate ball.

The error motions of the air bearing spindle tested in the context of this video were shown to be two millionths of an inch (0.000002”),

Once again, thank you to Dr. Eric Marsh, Ted Deakyne, and the Machine Dynamics Research Lab at Penn State University. 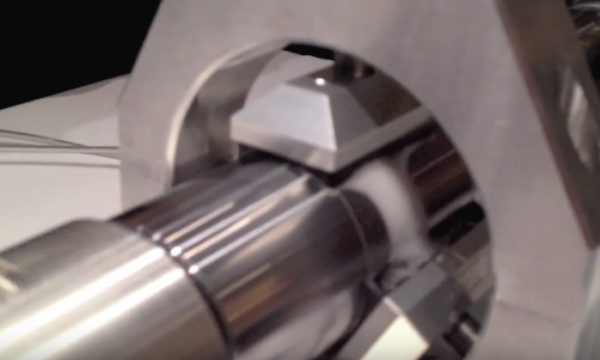 Effects of Water Flowing Through Bearings

Our latest video involves Drew experimenting with the turbo demo. Watch and see the effects of water running through the bearings and on to the shaft while it still spins. To see the video, just click “Read More” and then “Play.”