Everywhere you look there are admonitions to ‘go green,’ even down to the humble but ubiquitous mechanical bearing. Although traditional bearings aren’t particularly environmentally friendly, porous media air bearings may be one technology that is not only ‘green,’ but proven.

What makes these bearings ‘green?’ Porous media air bearings are a non-contact solution that work by forcing air evenly through millions of sub-micron sized holes across the bearing surface. The result is Frictionless Motion®️.

First, because there is no contact, there is no startup friction (stiction) or stick slip, so less energy is required to initiate motion. Further, the friction at high speed is still basically zero.

Another factor is that conventional bearings are often oversized in order to provide a longer life. Without contact and, thus, without wear, air bearings can be optimally sized. This ensures that the energy expended over the life of the bearing is minimized.

The use of porous media air bearings has a positive impact on system engineering, as well. For example, the use of radial air bearings for rotary-motion applications simplifies the design of stator and rotor alike, resulting in a single moving part.

For linear motion, the comparison is relatively straightforward. The balls inside rolling-element bearings create unwanted motion in all directions. With porous media air bearings, there are no internal moving parts, nor is there contact, so there is no unwanted motion.

Once set in motion, bearing stages often experience flatness deviations in the guideways on which they run. Some of these are inherent while others may develop over time. Either way, the momentum of the balls in a rolling element bearing actually amplify the unwanted motion of the bearing. In fact, rail-ball contact further damages both the rail and the balls. This is a frequent scenario with conventional bearings that adds to the inefficiency of the overall system while reducing precision. With porous media air bearings, exactly the opposite is true. Because there is no contact, air bearings average any irregularities in the rail. 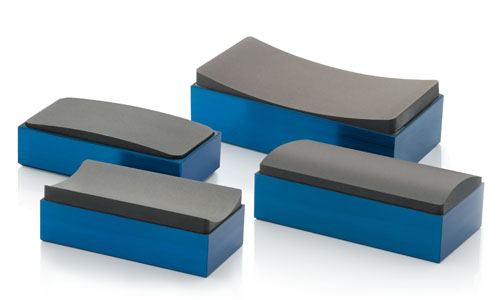 Asynchronous errors are characteristic of rolling-element bearings and are directly linked to the errors of races and rolling elements precessing about at different speeds relative to each other. The use of porous media radial air bearings – with only one rotating element – virtually eliminates asynchronous error and reduces synchronous errors by a factor of 10.

Perhaps the most important performance characteristic of all is speed. Engineers (and their customers) like speed. Contact is the constraint that limits the speed of conventional rotary bearing systems. Without contact, however, modular radial air bearings offer a different magnitude of capability. For example, a 2-meter diameter rotor can carry 1 ton of load at speeds over 400rpm; that is, over 50 meters-per-second relative surface speed. And for linear-motion applications, where conventional rolling element bearings can reasonably offer 3-5 m/s capabilities, their porous media air bearing counterparts can provide 30-50 m/s. Without contact, the energy expended will actually be less.

All in all, air bearings are cleaner and more environmentally sound than their contact-based counterparts. They’re also more cost-effective for many applications, especially when you consider costs over the entire life-cycle of the system. 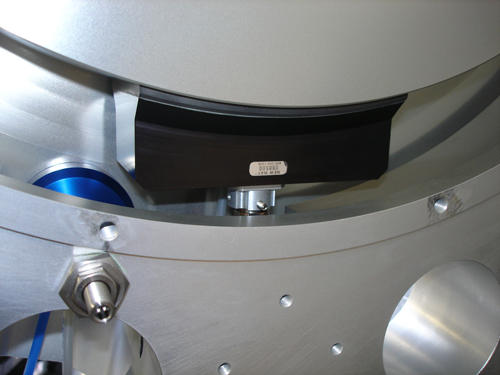