Home » About Us » Company » Management Team

The management team at New Way Air Bearings brings together a diverse array of global business expertise. New Way has its roots in the precision engineering world, but draws from the experience of many different industries. With members from some of the largest corporations…as well as some of the most-intriguing entrepreneurial operations…the team is well-balanced and market-tested. It is also well-positioned to ensure adherence to New Way’s corporate Mission, while executing on the organization’s strategic plan. 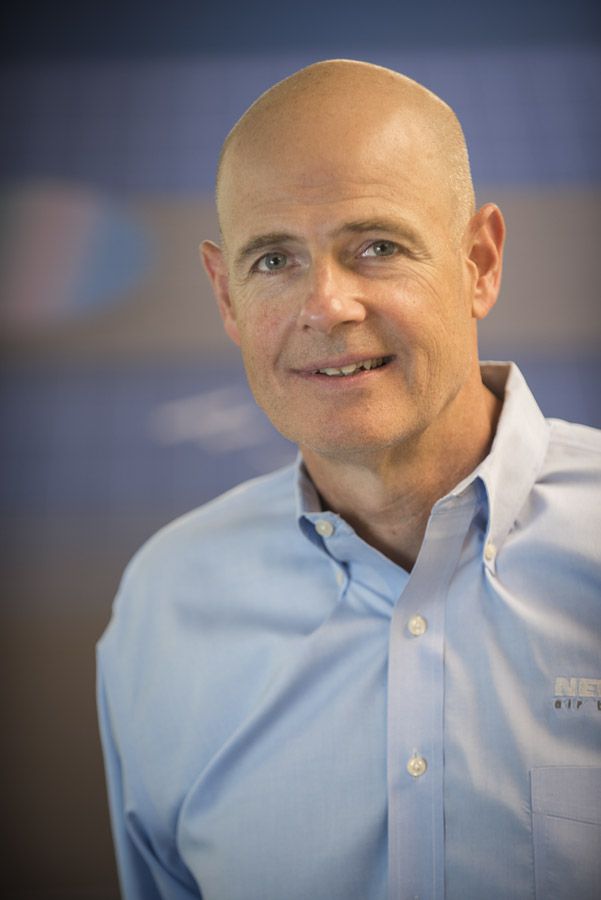 Drew Devitt founded New Way Air Bearings in 1994 to commercialize porous media air bearing technology. From the time of New Way’s founding, Devitt, has led its research efforts, and its connections with research and academic institutions, in order to foster the continued development of air bearing technology and the dissemination of the knowledge gained. Devitt is a major figure in the world of precision engineering and was elected President of the American Society of Precision Engineering (ASPE) for the 2007 calendar year. He holds a Bachelors Degree in Business Administration. 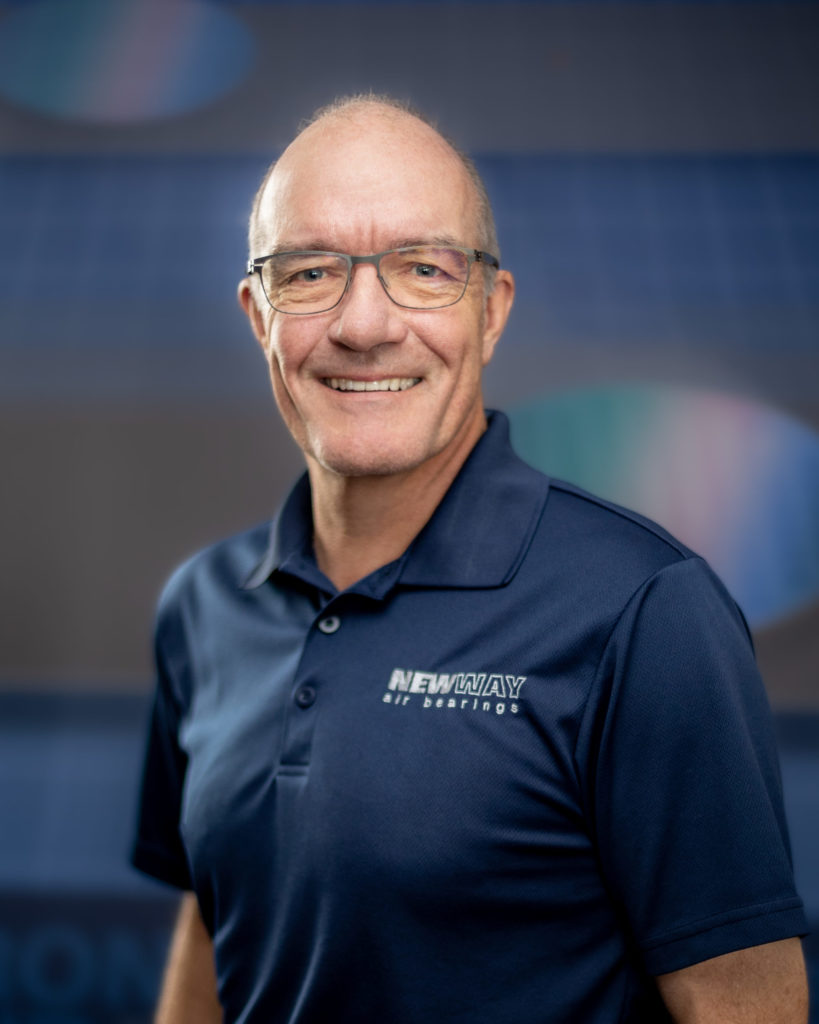 Nick Hackett joined New Way Air Bearings in 2002 and serves as President. Hackett brings over twenty five years of experience covering strategic corporate management, culture development, business unit operations, marketing, and financial management to the organization. He has held several management and leadership positions in both small business and corporate environments. Mr. Hackett holds a Bachelors Degree in Mechanical Engineering, and a Masters Degree in Business Administration. Hackett also serves as Vice Chairman of the Board of Directors of the Pennsylvania Industrial Resource Center Network Foundation. Prior to joining New Way, Hackett’s career included leadership roles at a variety of companies including Honeywell, IST Aerospace, Bank One, and Juniper Financial. 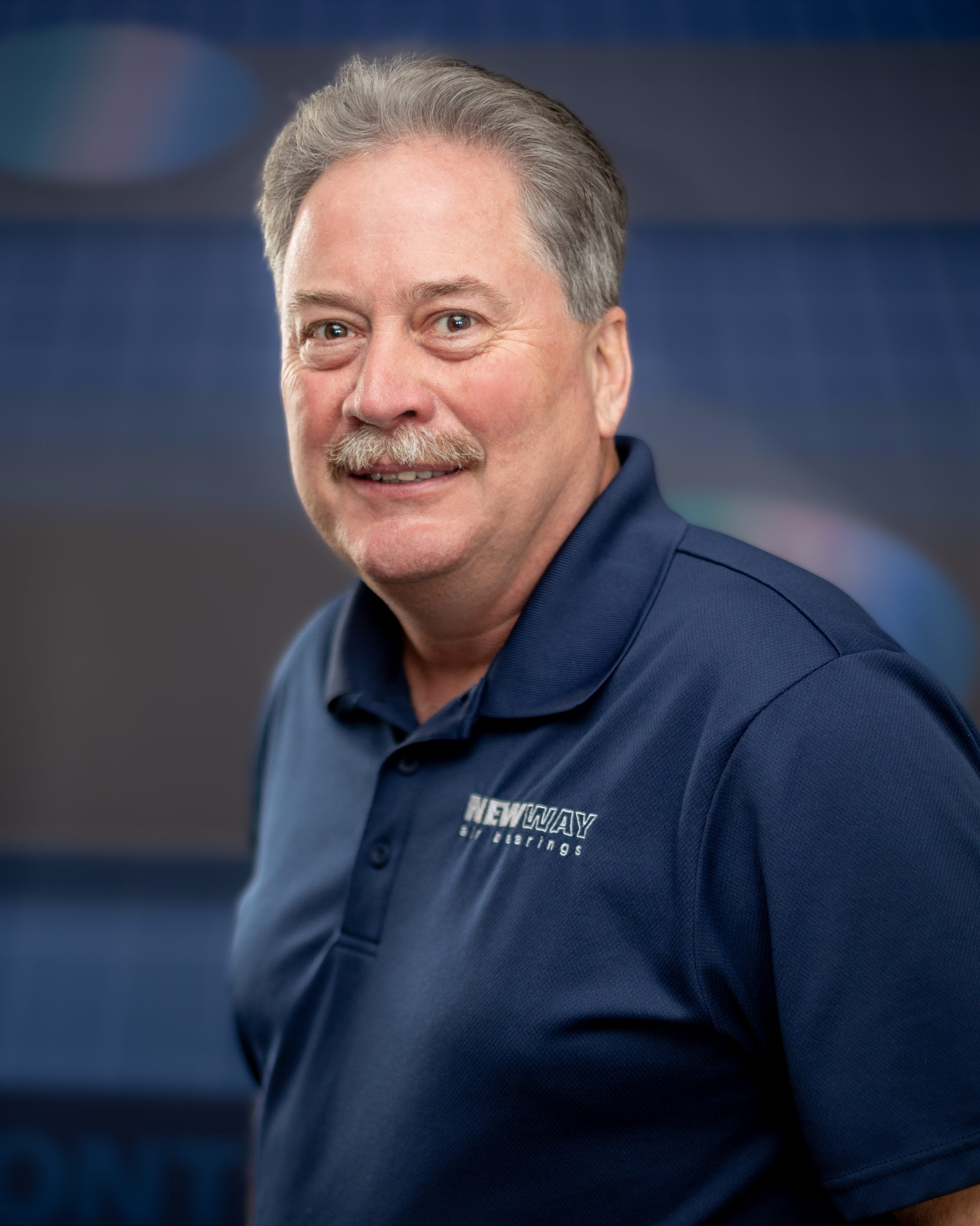 Tim Claffey joined New Way in January 2000 as Vice President of Sales. This role includes responsibility for large and small national accounts, management of the sales, education and technical support functions, training and global channel management. Claffey started his career at American Tech Manufacturing Corp., as a Senior Design Engineer. Increasing responsibilities led to his promotion to National Sales Director. In this position Claffey was responsible for sales and service of ATM’s entire product line of semiconductor manufacturing equipment for automated vision inspection, including channel management for North America and Asia. 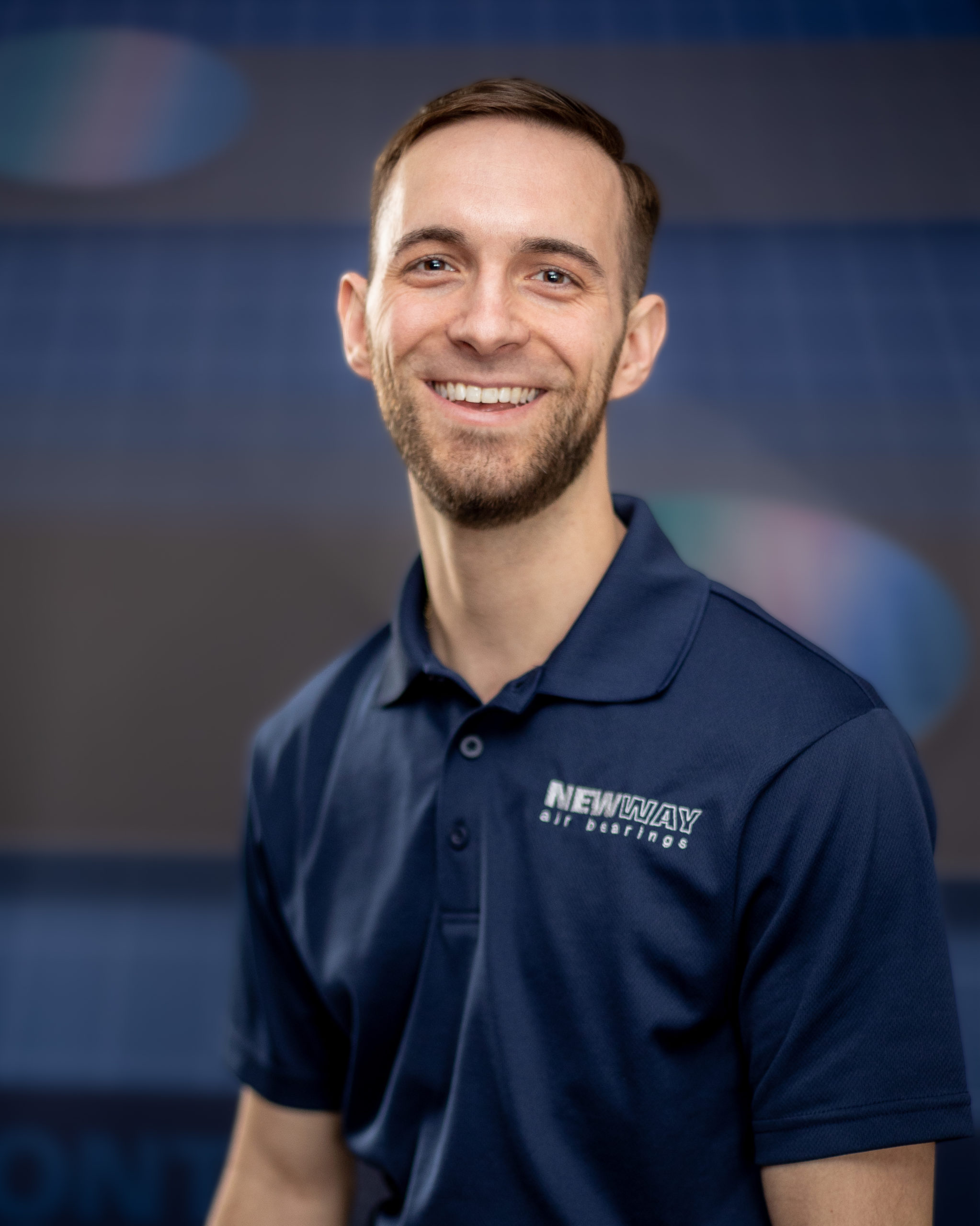 Michael Sabol joined New Way Air Bearings is 2018 and manages the Product Engineering department. Michael focuses on supporting key functions in core product design, custom design, and manufacturing for precision machined and assembled components. These key functions include conceptual design and analysis, design for manufacturing, process development for manufacturing, testing, and inspection. He has earned a Bachelor’s Degree in Mechanical Engineering Technology from the Pennsylvania State University and a Master’s Degree in Mechanical Engineering from the University of Southern California. He also holds a Professional Engineering license in the state of Pennsylvania. Prior to New Way, Michael focused on mechanical and electromechanical design, as well as manufacturing of overhead coiling doors at CornellCookson. In his free time he enjoys racing motocross and spending time with his wife, Lauren, and son, Graham. 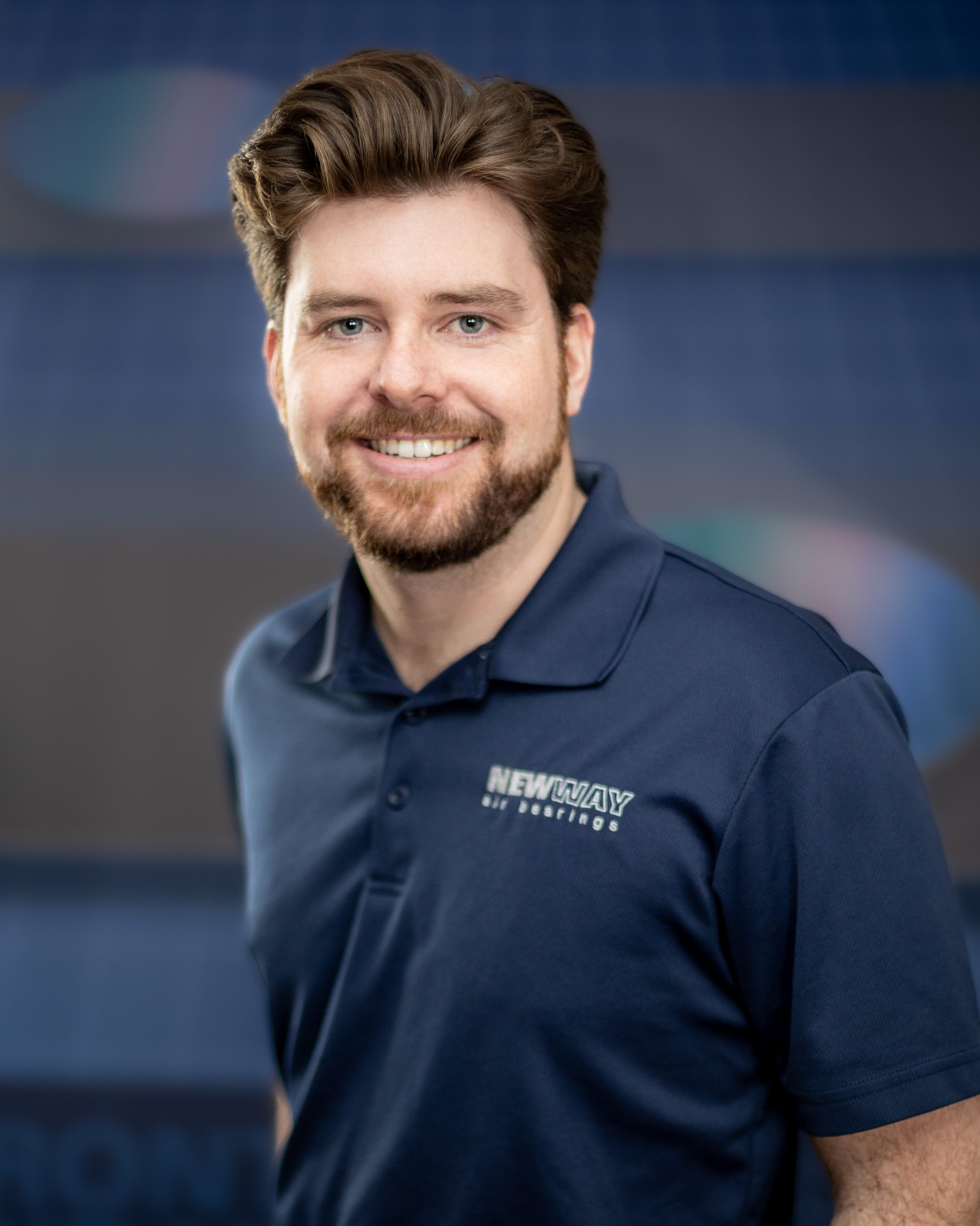 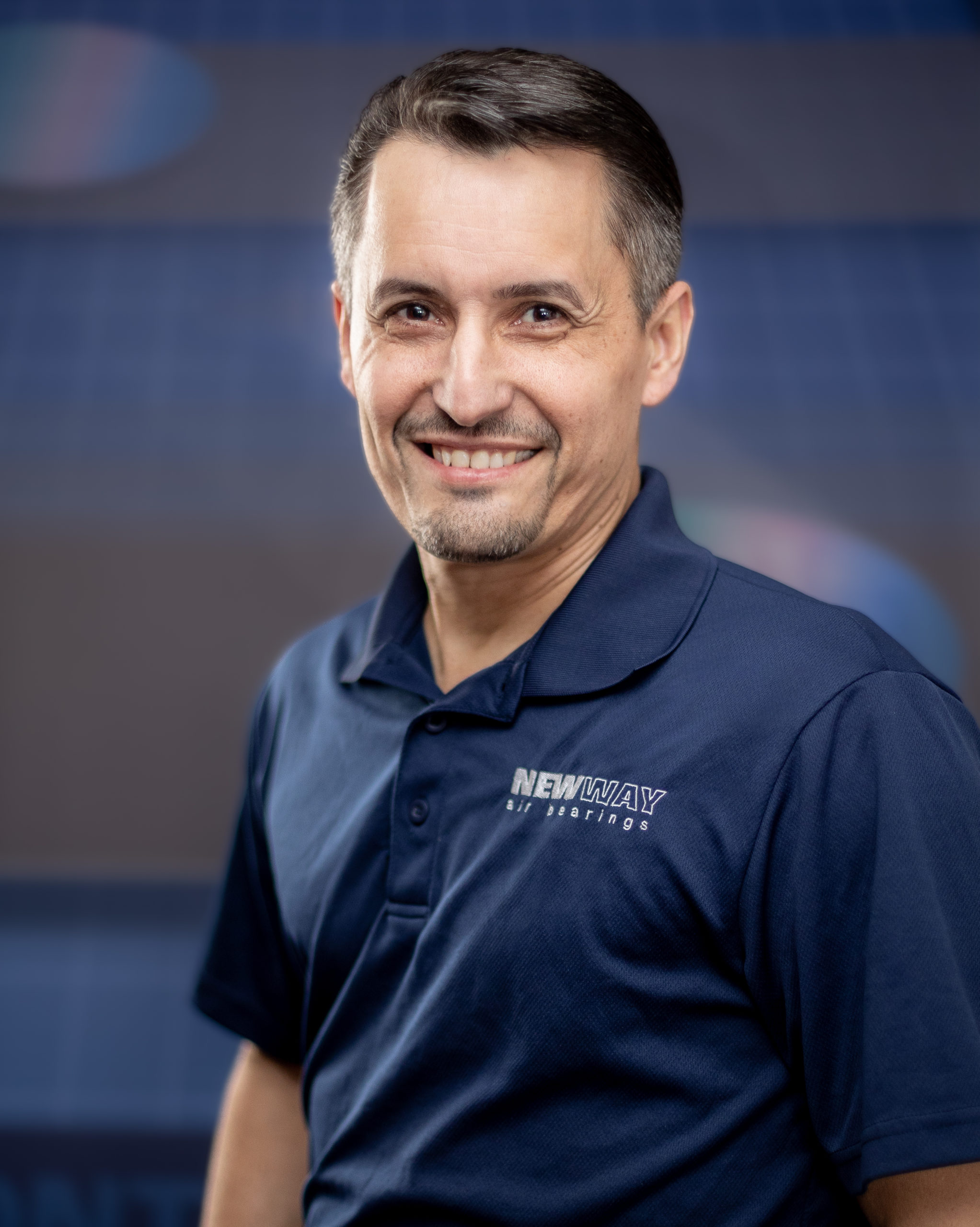 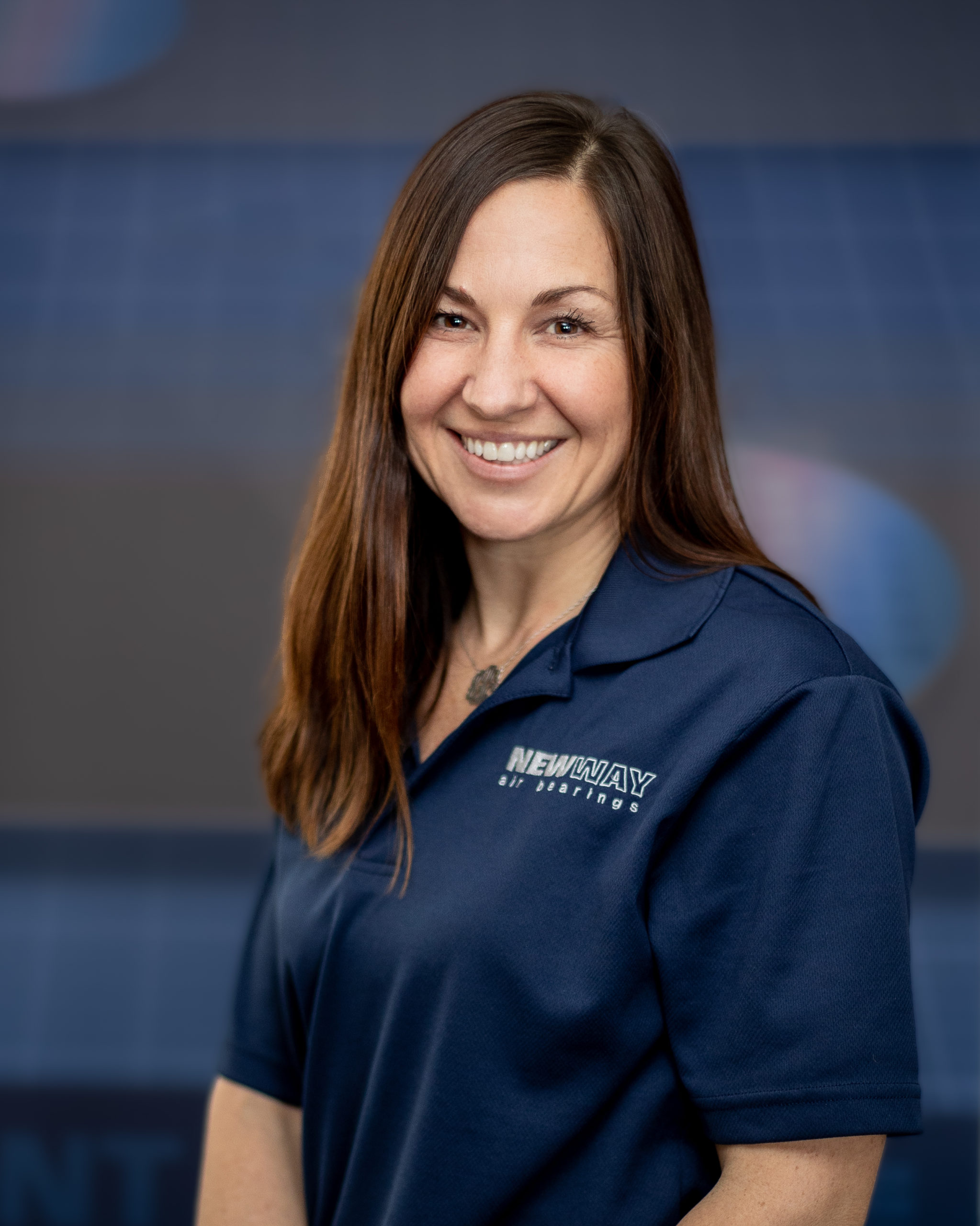 Kelly Read joined New Way Air Bearings in 2009 as an Accountant where she worked in finance and HR. As her role at the company expanded, she took on compliance requirements, became the lead auditor for our Quality Management System, and was a key player in starting New Way’s Safety Team. In 2019, she moved into the Quality Assurance position, where she leads the Quality department and continues to oversee New Way’s Quality Management System. Mrs. Read started her career as an Accountant at Glaston America, an international glass service company. She holds a Bachelors degree in Mathematics from Rowan University.